You are here >> Home : Company

Infront Surfcraft is owned and operated by Mark and Dean Simpson. Having achieved great success competing over the last decade they are now using their expertise to develop a new range of nipper boards that are fast, stable, robust and offer excellent value for money.

This makes their boards ideal for all athletes from U9s starting to find their way on a ‘foamie’. The next progression is onto a fibreglass nipper board in the U11’s, before making the final progression onto a racing mal in the U14’s.

Historically, Infront Surfcraft has always offered superb value for money. This will not change; however, the new boards are faster, more competitive and ideally suited for beginners and medal chasers. 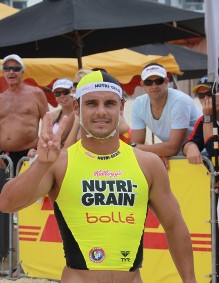 Joined Nippers at age 5
Won first State Title in surf teams in U/9s and U/10s and was hooked on the competition
Won first State Ironman as U/11.
Numerous Sydney Branch Teams